So... I got this Compaq mini 110 for free (150gb HDD version. So no SDD) and installed LUbuntu linux on it (it originally came with  windows XP installed)... 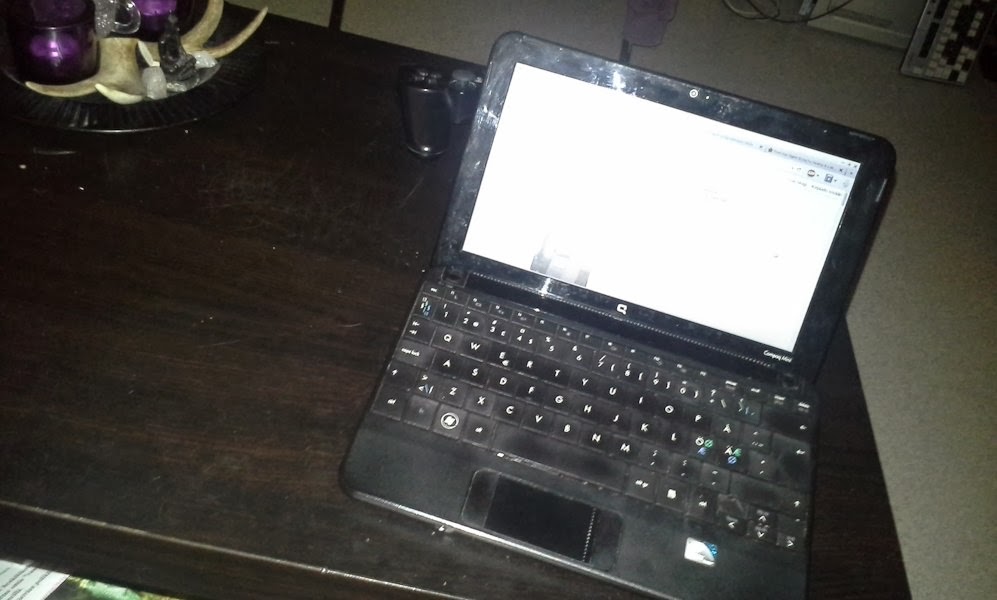 I intended to use it to do some internet browsing (Email, News, IRC) while on the road, but as soon I started Firefox, I noticed that many web sites are grown really resource hungry over past few years; For example Facebooks desktop version has grown to that big hideous bloated monster that brings those little innocent laptops in their knees, but on the other hand their mobile friendly version is really sophisticated... So lets do some tweaking;

As we know, this Compaq nettop can barely stand against modern, lower-end mobile tablet computers (in specs wise, with it's single core Intel Atom processor and 1 gigabyte of ram);
We need to tell to the mighty internet that we are using lighter mobile device, not fully featured laptop.

I have earlier experimented with even lower-end laptop with windows 98 so that experience came to good use now:

Here's what I did:

First I downloaded some extensions to firefox:

-Adblock or Adblock Plus (I prefer the ABP AB )  ...disabling ads may save some (=many) resources.
-Wmlbrowser ...Enables firefox to view WML formatted mobile (wap) sites.
-XHTML Mobile Profile ...Enables mobile browsing in firefox.
-Modify Headers ...with this extension you can easily edit firefox User Agent strings.
-(all extensions can be found from official firefox extension and addon site).

Good tutorial to Modify Headers can be found from developers web site: http://www.garethhunt.com/modifyheaders/help/quickstart/

Some resources I used: