I recently got new cell phone: Sony Xperia M4 Aqua. It has enough power in processing side, but only 4gb storage out of 8gb and Sony has already bloated it with its own software so there is only 2gb for end user.
I also own this cheap Gigaset QV830 tablet with almost vanilla Android 4.2.2 . For comparison there was 4gb free for user.
Either way both of my devices are still quite low-end spectrum for Android device storage capacity.
I have to really think what apps I can Install. 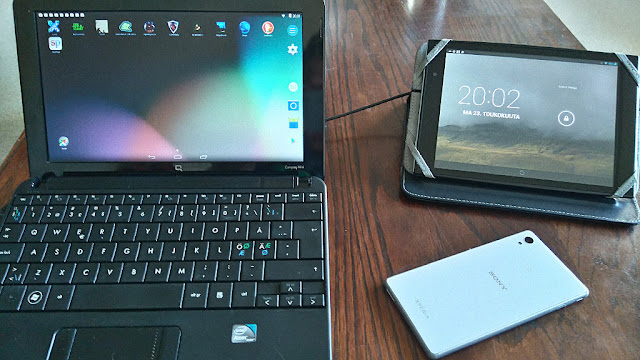 I like to find those Android apps with low storage footprint (low RAM footprint is also good with devices with 1gb or less). But there is one problem. You can't really see the true requirements for apps in Google's own Play store. You can see if the app is compatible or not, and amount of storage the initial installation needs, but that's it.

My workaround is HP Mini 110 laptop with Android installation in HDD. It has only 1gb of RAM and single core processor, but enough storage capacity to hold multiple Android apps.
(Another solution would be running  the Android in virtual machine, if you have powerfull PC).