Yes. I have a Playstation Portable console (PSP3000); As I'm lazy adopter of new technology I bought that tiny marvel of pocket gaming just after Sony's brand new PSVITA was launched to the consumer market. 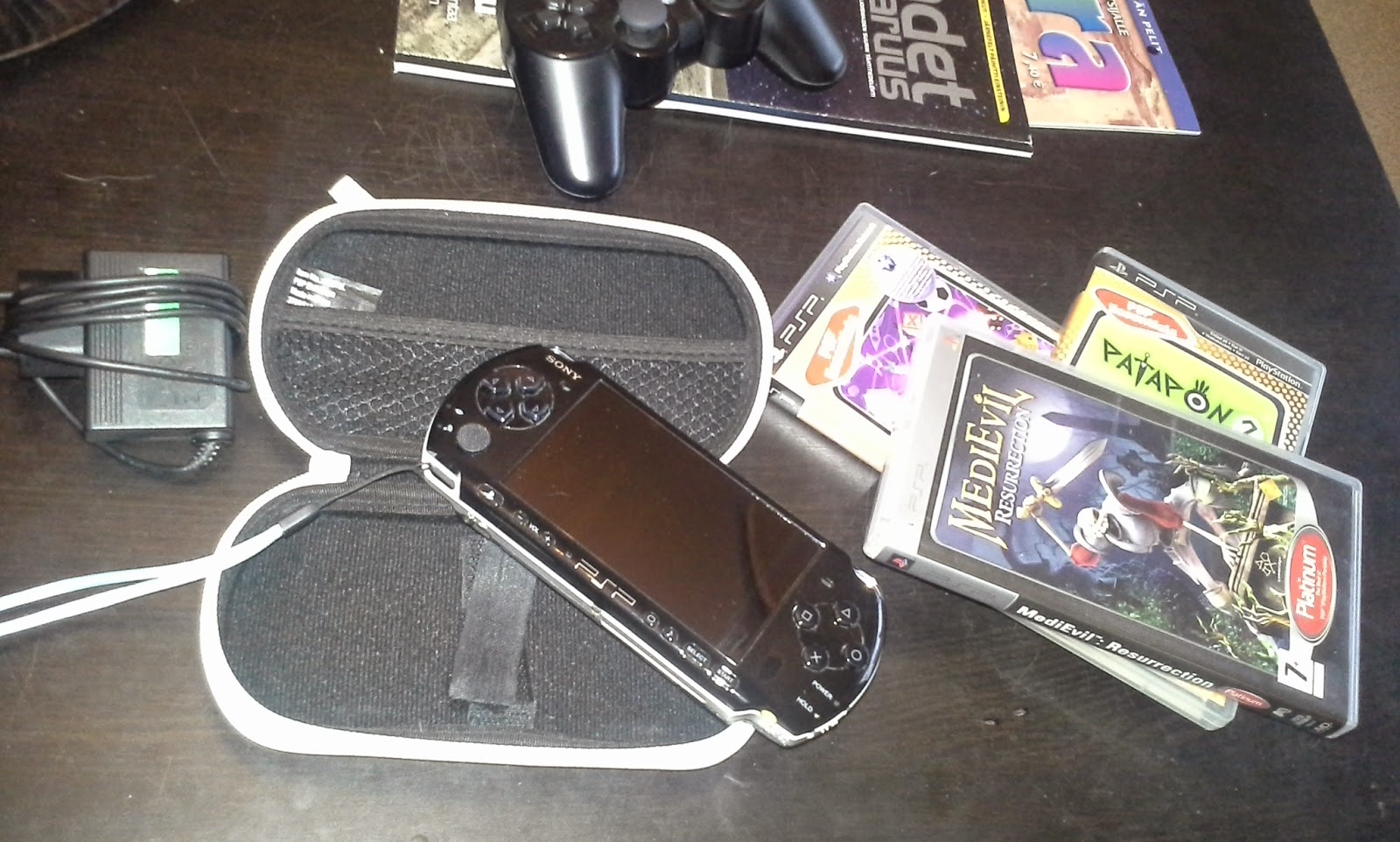 But why?
Dunno, maybe I just like the idea of PSP. It's huge catalog of games and ability to play almost all PSone/PSX games.
Even the UMD format used to distribute physical games for PSP was -at least- mechanically inferior compared to other systems at the time (mainly Nintendo's Game Boy line and DS line). PSP was otherwise superior in technical terms and processing power.

And in my opinion, it was the last and therefore best 32 bit (ish) console in market...
By Arthur Rowan klo 2:01 PM